The company behind the French dating app checked influencers’ profiles and applied relevant filters to find suitable creators across 6 countries.

Fruitz is a fast-growing dating app popular among Gen Z users. Since being launched in France in 2017, the app has become a huge success in Belgium, Spain, the Netherlands, Switzerland, and Canada. The app is known for its usage of fruit emojis representing the type of relationship a user seeks.

Since they are present on two continents and 6 countries they need to team up with local influencers. Scanning through so many different profiles is time-consuming, so Fruitz needed a solution to accelerate its workflow. 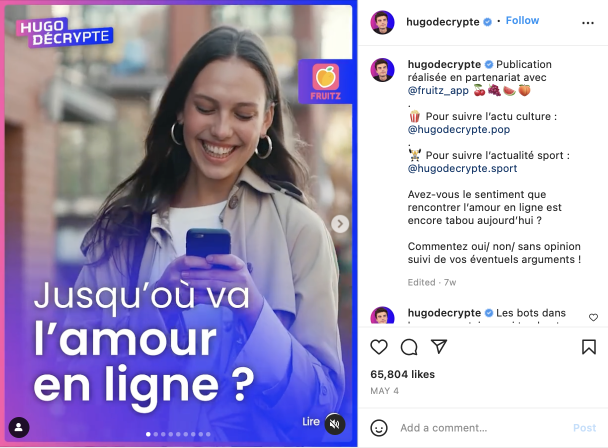 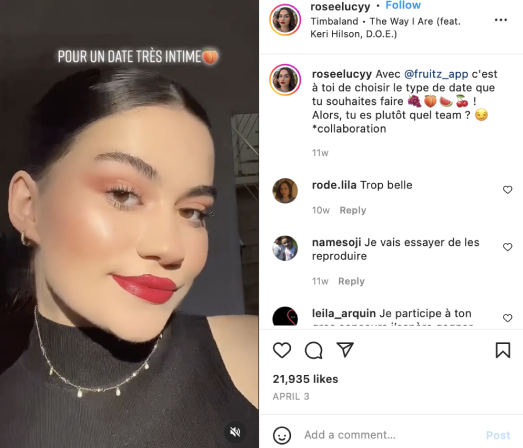 HypeAuditor in 2 years helped to: 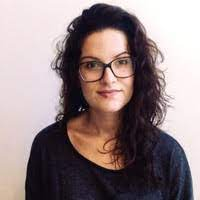 We basically have a list of requirements for creators and HypeAuditor’s Discovery really helped us to find new profiles we wanted to work with.
Marion Vrignaud, Head of Marketing & Communication
Business Challenges:
Check new creator profiles recommended by marketing agencies

Fruitz has been working with agencies that regularly send them new collaborator profiles. They use HypeAuditor’s influencer analytics reports to check if the creator’s engagement rate, audience quality, age, and location meets Fruitz’s requirements.

For Fruitz it is key to collaborate with local creators who speak the language of their country’s Gen Z subscribers, both literally and figuratively. As the app grew popular outside of France they had to extend their search for young and creative influencers in each country to ensure a high reach and engagement rate.

HypeAuditor as the Solution:
Demographic filters allowed Fruitz to quickly identify influencers who could reach out to their core audience in each country

Fruitz has been using HypeAuditor’s Influencer Discovery and influencer reports for 2 years. The Discovery tool decreases the time they’d spend searching for influencers on various social media platforms. Advanced filters help Fruitz to narrow down the list of potential influencers by their audience’s age, location, gender, and interest.

In May 2022, Fruitz launched a huge campaign in France and they wanted to involve new influencers in their campaign. They used the platform’s Top Trending feature to discover rising stars and new faces.

They set out a list of metrics, like engagement rate and audience quality, that they checked before reaching out to an influencer. They double-checked the performance metrics of all creators suggested by agencies or rising stars they found. Fruitz was able to select relevant influencers in terms of location, age, and content for their campaign.

The Campaign Management tool saved Fruitz a lot of time

The sunny, warm months are a crucial time in the dating industry, so Fruitz set up and managed their May 2022 campaign with the Campaign Management tool. They looked for a tool that is easy to use and could help them automate their workflow. HypeAuditor’s Campaign Management tool provided great help in managing their nationwide campaign so they could smoothly follow their influencers’ content production.

Using the Influencer Discovery and Top Trending tools simplified the task of combing through influencer profiles. Fruitz found suitable creators in all 6 countries for their campaigns and successfully reached their female and male Gen Z followers. Fruitz has become a top star app in the Lifestyle category in several of the countries where it is available and the team has seen significant growth in app downloads.