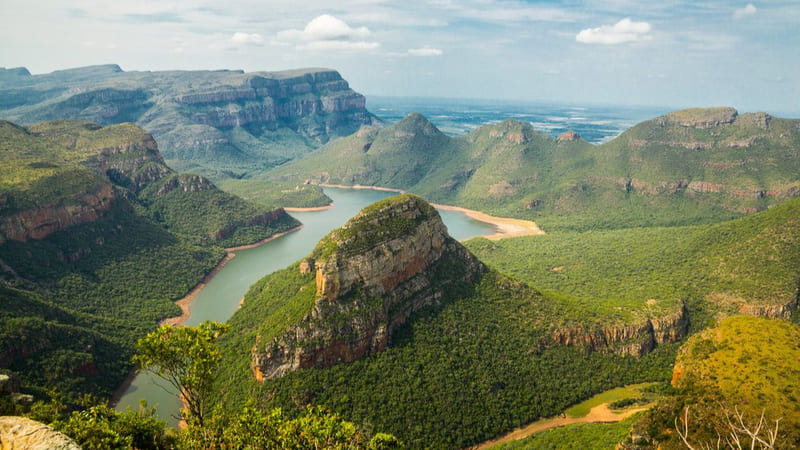 Instagram was launched in 2010 and rapidly gained its popularity. With its 1 billion monthly active users (June 2018) Instagram becomes not only one of the leading social networks but also the most important platform for Influencer Marketing.

In this report, we will provide you with the most current Instagram influencers insights and benchmarks and give a data-driven look into the dark side of fraud schemes, that are used by South African influencers to fake popularity and get more money from brands.

Mega-influencers & Celebrities (over 1M followers)
They often have a very mixed audience with various topics of interest. Their relationships with them are more distant compared to other groups of influencers. They have the biggest reach but the lowest trust.

Macro-influencers (100K – 1M followers)
They are famous in a local community, you can think of them as a “mini-celebrity.” Their content is usually high-quality and is comprised of a certain passion or topic.

Micro (5K-20K followers) and Mid-tier influencers (20K-100K followers)
They have a more niche audience that is highly engaged with the deeper connection. Micro-influencers present in almost any sector: health and fitness, food, entrepreneurship, fashion, and beauty to name just a few prominent categories.

Nano-influencers (1K-5K followers)
They are regular consumers who are passionate and willing to share but have little influence.

Over 44.7% of influencers have between 5K and 20K followers 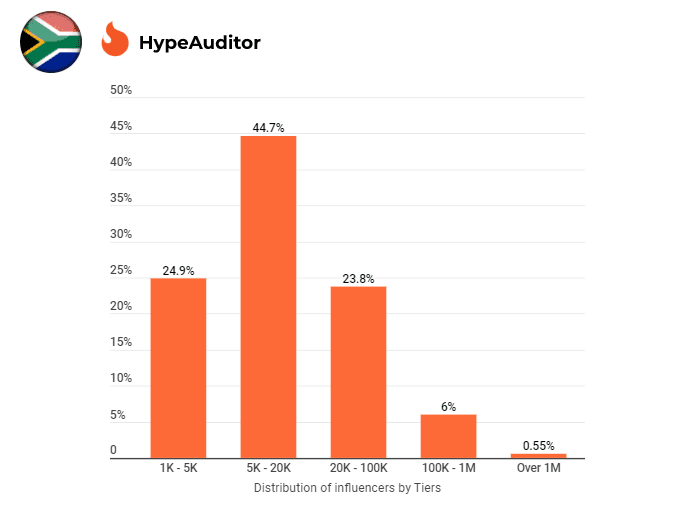 The number of Macro and Mega-influencers is limited.
The majority of South African influencers are Micro-influencers (44.7%). 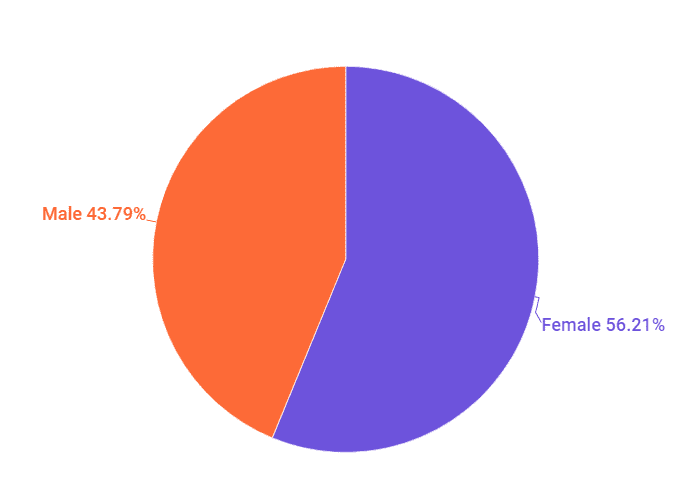 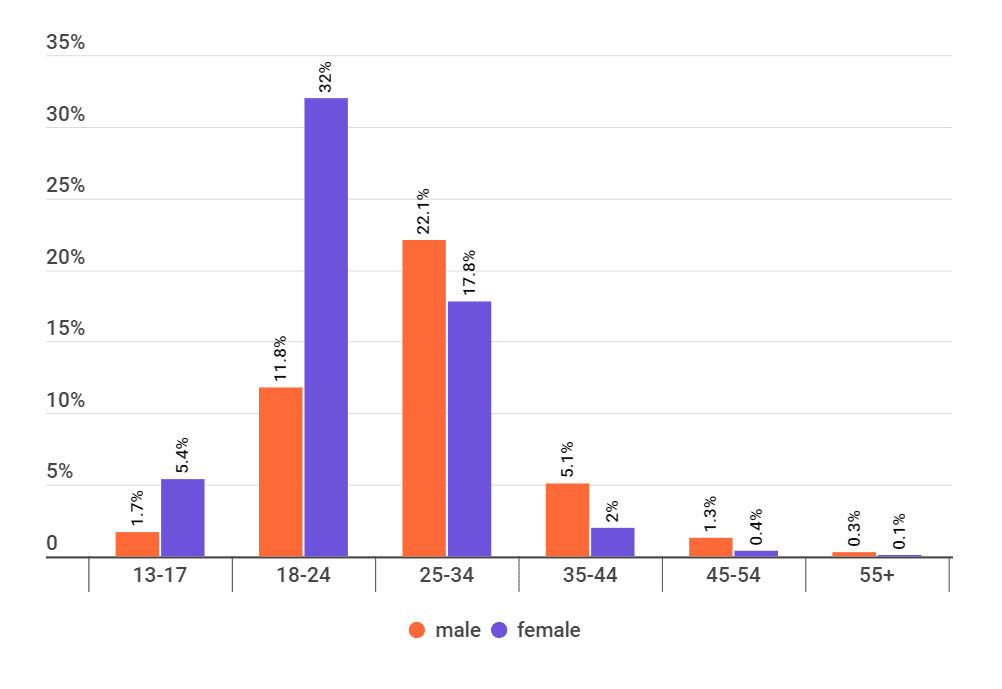 Nano-influencers have the highest Engagement Rate 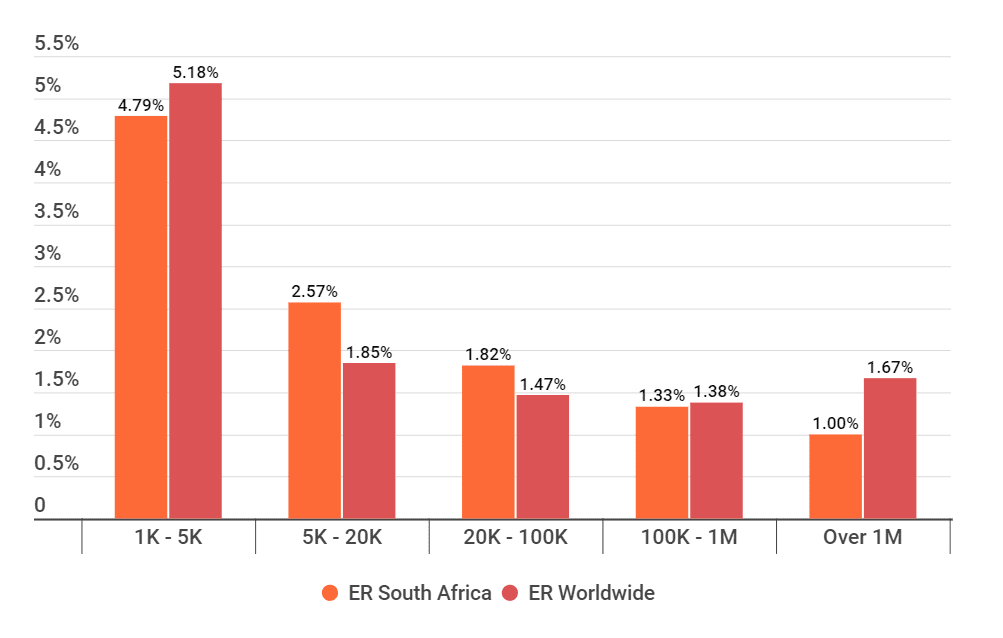 Average interactions per post by Tiers in South Africa

If you compare the number of likes and comments between influencers, ensure that they have a similar number of followers. Pay attention to Likes to Comments Ratio, this metric indicates how strongly influencer’s followers are involved in a dialogue. 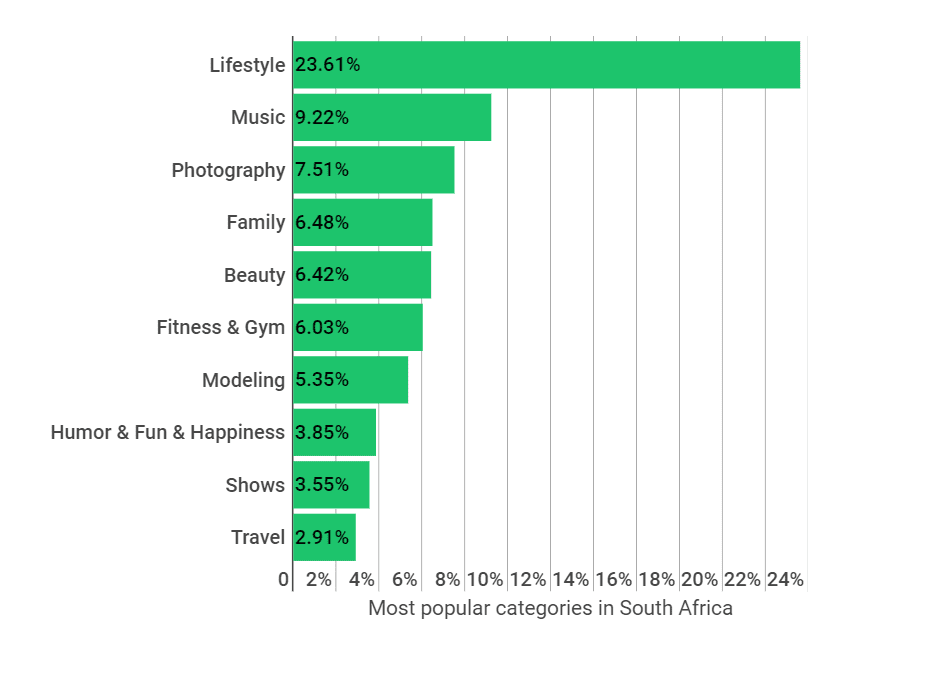 The most popular categories for Instagram creators in South Africa are Lifestyle, Music and Photography.

We have analyzed millions of creators and ranked them by the number of real followers and authentic engagement (number of likes and comments that come from real people and influencers).

According to our ranking as of May 2020, the most influential creator in South Africa is Abraham Benjamin de Villiers .

Abraham Benjamin de Villiers is a South African cricketer. In limited overs cricket he is an attacking batsman. He was named as the ICC ODI Player of the Year three times during his 15-year international career. His name was also featured in Wisden Cricketers of the Decade at the end of 2019. His Instagram account @abdevilliers17 has 10.2 million followers.

Organic Instagram growth is a long and arduous process. Not all influencers are ready to invest their time and money on it. Besides, there are tons of apps and websites that tempt to get followers, likes and comments immediately in any amount and with quite a small sum.

How many Instagram creators are involved in fraud in South Africa? 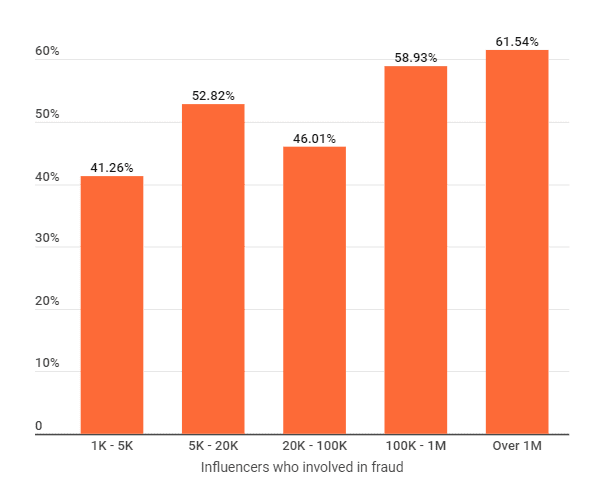 The highest percentage of fraud-free creators we see in the group of influencers who have between 1K and 5K followers. Only 41.26% of influencers in this group are involved in fraud activity.

On average, over 42% of South African creators use follow/unfollow to grow their number of followers 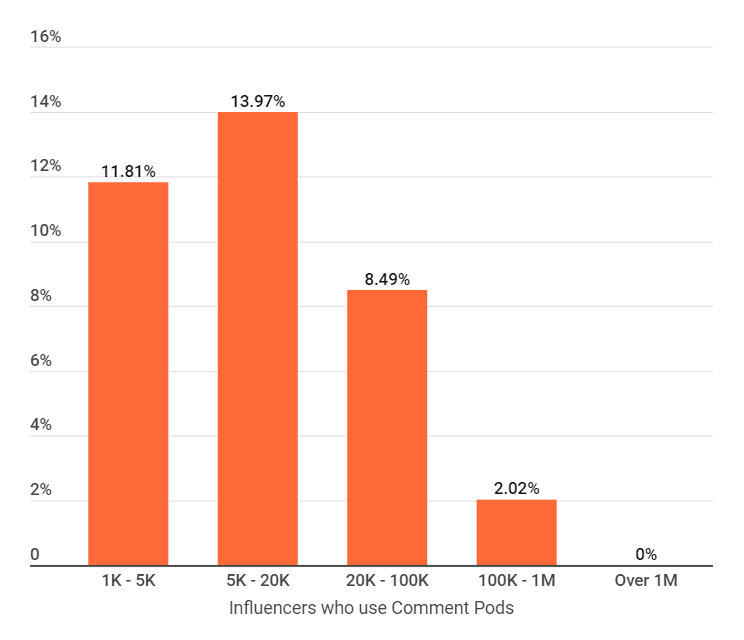 The study shows that follow/unfollow is mostly popular among influencers who have between 5K and 20K followers, over 50.13% of them used this tactics.

Over 5.9% of Instagram influencers in South Africa buy followers

How many Instagram influencers have growth anomalies in South Africa? 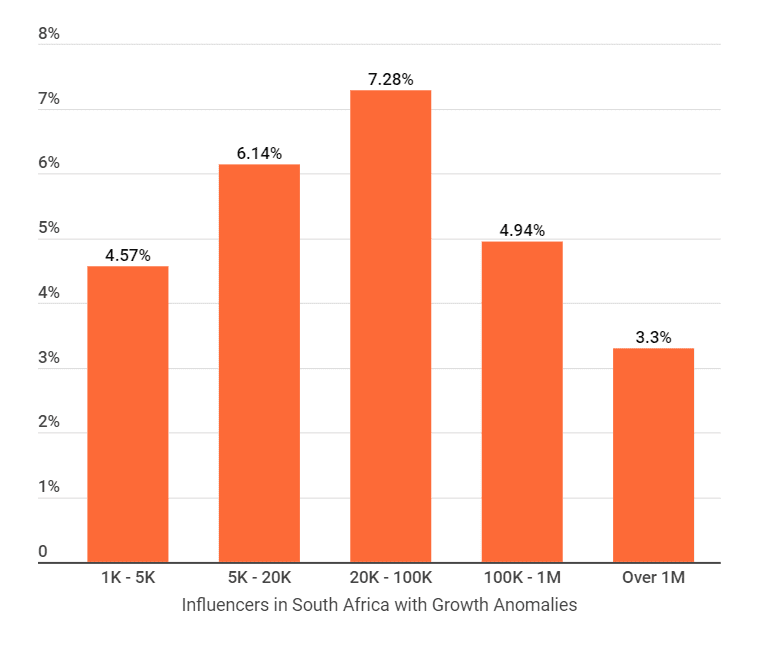 How many Instagram influencers have Inauthentic comments in South Africa? 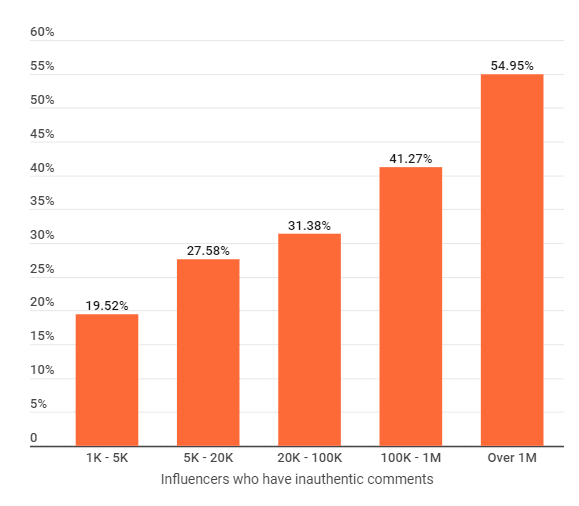 Almost one-third of influencers have inauthentic comments. The biggest percentage of them are on celebrities accounts. We believe this is not due to their inauthentic actions but due to the overall level of SPAM on Instagram. Most of the spam came from users who use Instagram Comment Tools and Bots. They target their comments based on hashtags, geolocation, followings of other accounts, specific accounts targeting.

There are two main inauthentic methods to boost the number of comments:
– Buying comments
– Comments Pods (we will look at them in more detail below).

Investing time in Comment Pods makes sense for small accounts. That’s why this trick is commonly used by influencers who have less than 20K followers.

13.97% of influencers who have between 5K and 20K followers use Comment Pods.