With the help of  the HypeAuditor Competitor Analysis tool, you can collect and analyze all posts with a specific Instagram brand account mentioned.

We have collected all the posts by Instagram influencers mentioning the @flattummyco account that were made in June 2021.

Let’s take a look at how Flattummyco is advertised with the help of influencers.

The company is the ultimate Instagram brand success story:

Indeed, Instagram is such a crucial factor in Flat Tummy Co’s value that when the company was sold for $10m in 2015, its “significant social media presence” was highlighted in a press release ahead of actual assets or sales figures. Armies of “influencers” – including Kim, Khloe and Kourtney Kardashian and Kylie and Kris Jenner – promote its products to their followers.

The tea was reportedly formulated to treat Bec Polmear’s (one of the founder) “digestion and bloating”, and they manufactured it in their home garage in Australia with ingredients purchased from a local herbalist.

“We got Healthy Always from New Zealand to promote our tea via her social channels to more than 100 000 followers. We had 17 orders in an hour and thought we’d struck gold. Then we started incentivising through payment. We’ve now done it thousands of times and refined the algorithm we’ve generated, meaning we can predict sales before even collaborating with influencers. We had year on year growth of 700 per cent while owning and running the company.” Ted Polmear explained.

From there, the company started paying Instagram influencers and built an algorithm that could predict a model’s sales potential, Polmear said.

In interviews with the Guardian, two former Flat Tummy Co employees described the process by which the company flooded Instagram with thousands of paid-for posts.

Each week, they were tasked with identifying and contacting between 150 and 200 new influencers, with the goal of getting 50 to 60 of them on board for a series of four promotional posts each. The ideal model was a woman with at least 100,000 followers.

“They had a rating system, depending on how ‘on brand’ you were,” explained one of the former employees. “You don’t want someone who already has a six pack. You want a mum who is on her fit journey trying to lose weight after having kids.”

“If someone is a little bit bigger, they get a higher rating than if someone’s skinny,” one former employee said. “No one is going to a listen to a skinny white girl say that she bought this tea and it’s great.”

Once an influencer agreed to the deal, the staffers would direct how their photos should look and write a copy for the captions: “We never expected them to actually use the tea. It just had to look like it.” 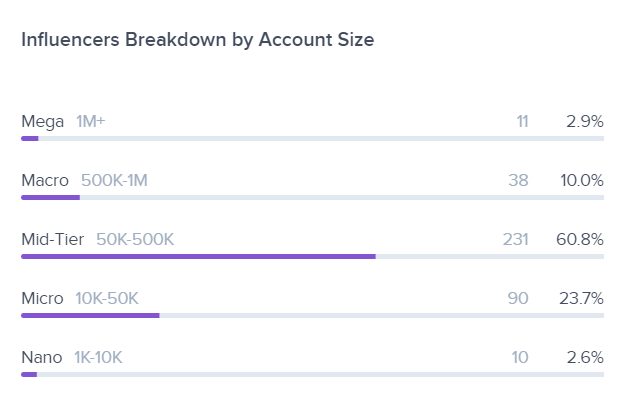 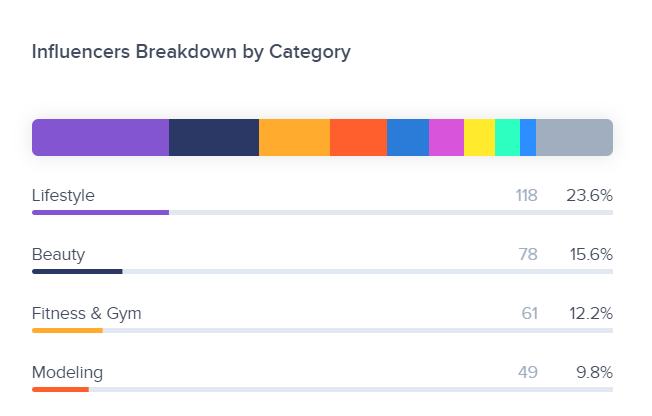 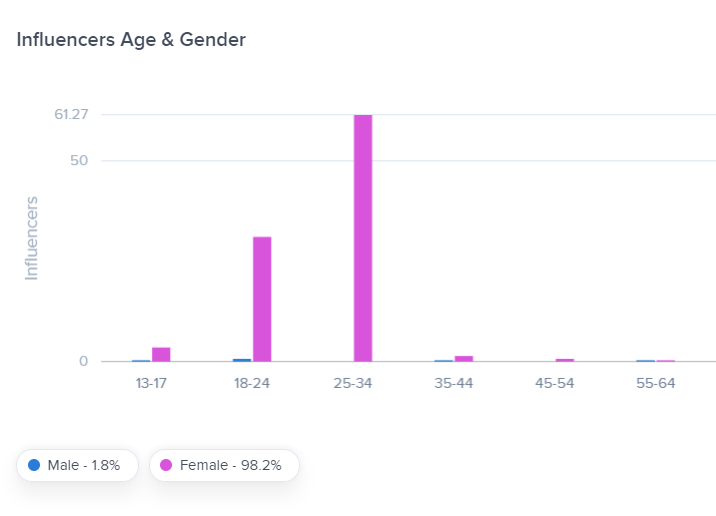 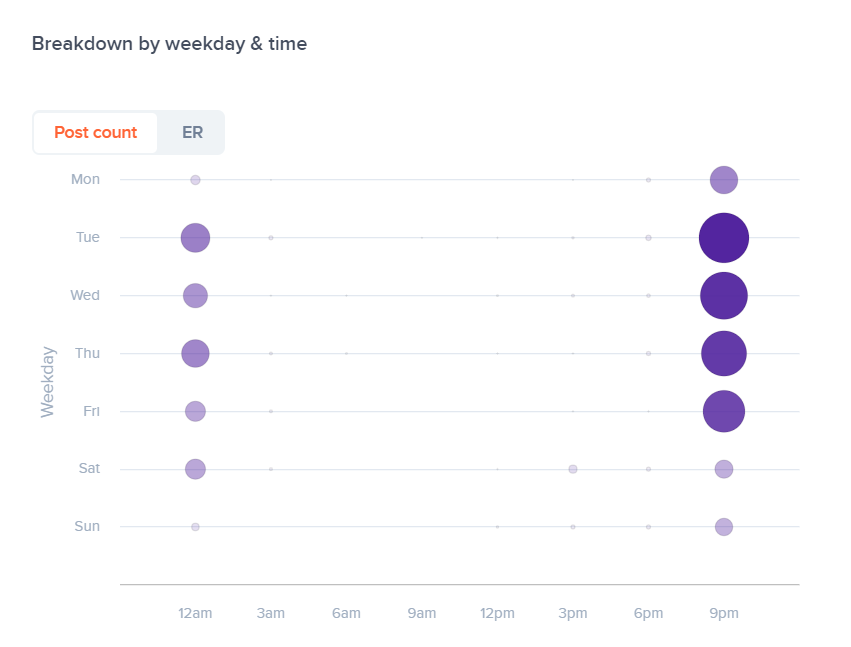 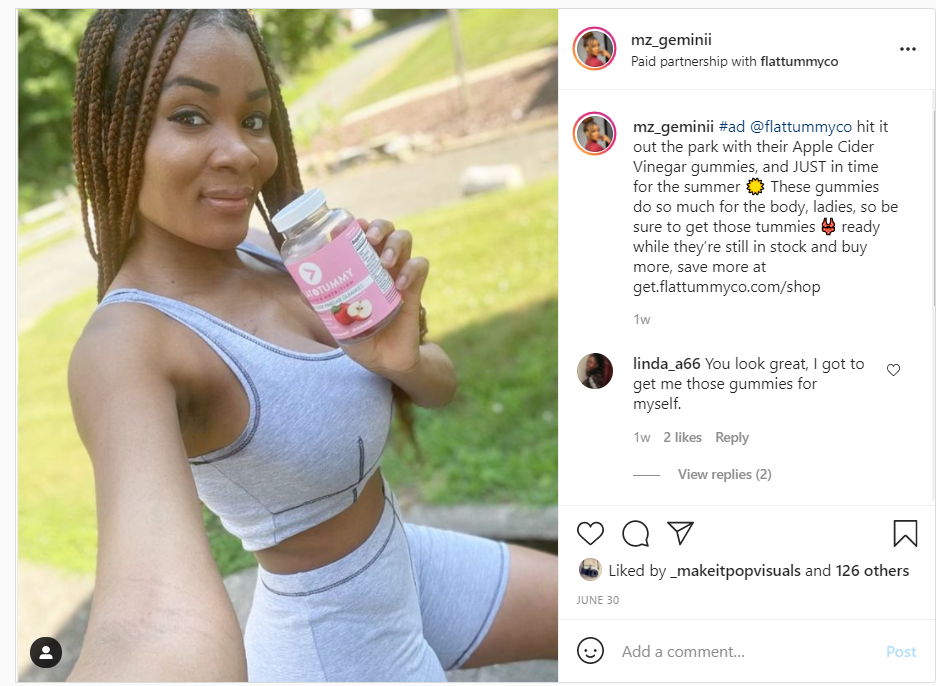 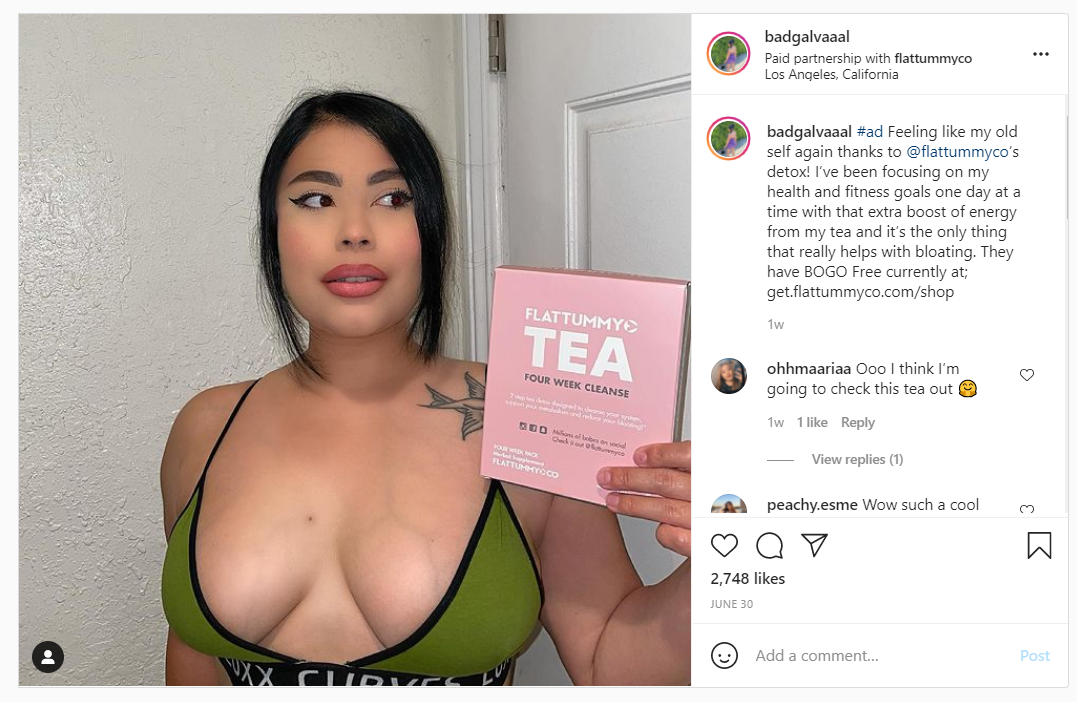 Any content (carsul, video, picture) usually shows the influencer’s selfie in sportswear along with the product. 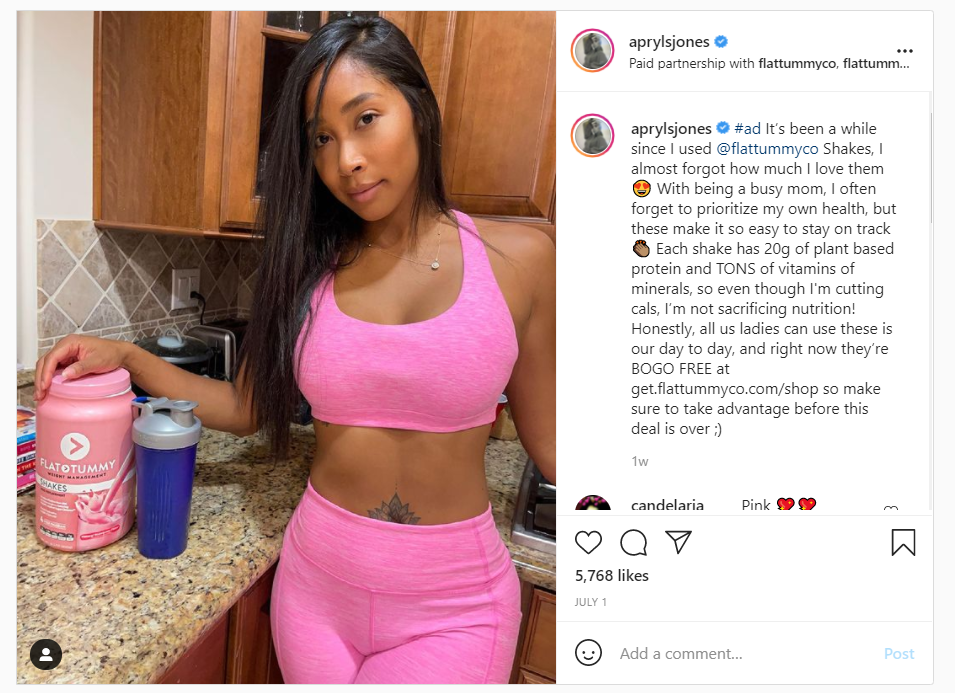 The texts have the same style and a common structure: emoticons, writing some words in capital letters.
On average, the text does not exceed 200 characters.
One would assume that the brand has guidelines for writing posts for influencers, but since we found dozens of posts with exactly the same text, we are most likely talking about the fact that brand copywriters provide influencers with ready-made text.

The main advertised products are:

Post copywriting  is as simple as possible. As a rule, it contains three main blocks:

Method of using the product

We could find a few posts with identical description. More than 50 influencers have posts with the same description. This suggests that influencers do not describe their personal experience of using the product, but used text provided by the company’s copywriters.

What can you learn from Flattumyco Influencer Marketing?

Show the product. All posts with ads should contain the advertised product.

Buy more – pay less. The company negotiates with influencers for several posts at once. This approach attracts more attention to the product from the influencer audience and makes it possible to negotiate a discount for placement with influencers.

Ad disclosure. Of the 670 posts, 648 contain #ad, which is a very good ad disclosure rate.  You should be disclosing sponsored posts properly when you’re working with influencers.

What Flattumyco could have been done better?

Posts should have different text.

It is unacceptable to post the same text on behalf of different influencers. It becomes clear that this is an advertising text, and not the personal opinion of an influencer who has tried the product and shares his impressions with his audience.

Agree on the timing of posting.

38% of posts were removed by influencers sometime after being published.

Better approach to the influencer vetting process. 67% of influencers have a low Audience Quality Score.

Overall, the company is doing an excellent job and can serve as an example of how to use influencers to advertise dietary supplements.

Share
Tweet
Share
Pin
0 Shares
Sign Up for a Live Demo with Influencer Marketing Experts
Watch our live demo to learn how HypeAuditor’s reports and tools can help you make smarter decisions and upgrade your influencer marketing.
Thanks for submitting the form!
One of our experts will get back in touch with you soon.
Influencer Marketing
Previous post
Email and Social: Combining the Two Worlds For More Refined Lead Generation
Next post
How Content Creators Get Noticed By Brands